Dr. Scurlock completed his bachelor’s degree in Chemistry from Texas A& M University graduating Magna Cum Laude and a Medical Degree from the University of Texas-Houston Medical School. Subsequently he completed an Anesthesiology residency at Baylor College of Medicine and was elected to Chief Resident during his senior year. He then completed a fellowship in Critical Care Medicine at Harvard, Massachusetts General Hospital. Dr. Scurlock is the author of over 40 peer-reviewed publications including articles in The New England Journal of Medicine as well as Circulation. He was recently named editor for Critical Care Clinics with a special edition on telemedicine in the ICU. Dr. Scurlock serves on state and national committees both in anesthesia and critical care. 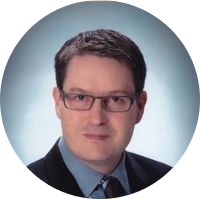