Co-founder of the Health Rosetta that consists of 2 main pillars:

Impact: Education/certification that is building the LEED-like ecosystem for healthcare; Media that includes the film and books. The Big Heist is the first fiercely non-partisan film to tackle healthcare. We also publish The CEO’s Guide to Restoring the American Dream: How to deliver world class healthcare to your employees at half the cost and The Opioid Crisis Wake-Up Call;
Investment: Backing the transformation of healthcare including the Quad Aim Fund, a seed stage venture fund and working with family offices on special purpose vehicle investments in healthcare’s transformation.
Chase’s TEDx talk entitled “Healthcare Stole the American Dream – Here’s How We Take it Back” sums up healthcare’s devastation of the middle class and the redemption coming via a bottom-up movement. Chase was named one of the most influential people in Digital Health due to his entrepreneurial success, speaking & writing. He delights in sharing how high-performing organizations have solved healthcare’s toughest challenges. Chase co-authored the healthcare Book of the Year in in 2014.

Chase was the CEO/Co-founder of Avado, acquired by & integrated into WebMD & Medscape (the most widely used healthcare professional site). Before Avado, Chase spent several years outside of healthcare in startups as founder or consulting roles with LiveRez.com, MarketLeader, & WhatCounts. He also played founding & leadership roles in launching two new $1B+ businesses within Microsoft including their $2 billion healthcare platform business.

Chase is a father of two great kids/athletes, husband & oxygen-fueled mountain athlete. His 2014 team placed 3rd in their division & 24th overall (of 500 teams) the US’ oldest adventure race where Dave tackled the Nordic ski leg. Dave was a former PAC-12 800 Meter competitor. 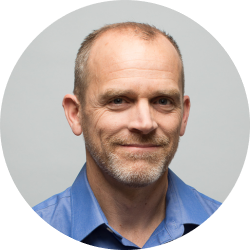