Weiss previously worked at Bank of America (BofA) where he was a Global Information Security executive working with internal partners to protect information, customers and staff by reducing the impact from cyber threats. Before BofA, Weiss worked for 10 years at Citigroup, where he created and ran the bank’s first Cyber Intelligence Center, a global team providing actionable intelligence to internal staff.

Weiss began his career at NSA conducting vulnerability analyses and penetrations of US Government systems and then spent ten years with consulting firms delivering information security services for Fortune 500 companies. Weiss was instrumental for the creation, implementation and operation of the Financial Services ISAC and is one of the four named inventors on the patent for Trusted and Anonymous Information Sharing.

Weiss has been involved with the ISAC concept from its foundation – first as part of the team that created the Financial Services ISAC in 1999 and then as a Board member where he also served as Treasurer and Vice Chair. Weiss has been an active user of ISAC services and served on the FS-ISAC Board of Directors for six years and Threat Intelligence Committee for ten years. 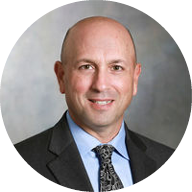