Dr. Jernejcic directs UH system-wide physician alignment and physician relations, and manages the implementation of projects that support the system’s clinical integration strategy. In this role, he collaborates with physicians, operational partners and leadership teams to achieve quality and patient-experience objectives.

Dr. Jernejcic also formed the UH Patient Safety Opioid Steering Committee, a collaborative system-wide effort to increase awareness and accountability and drive meaningful change in the war against opioid overuse. These efforts resulted in meaningful reductions across the UH system for opioid units prescribed in internal and family medicine – the first two areas targeted. Additionally, Dr. Jernejcic previously served as the Physician Chair for the Northeast Ohio Hospital Opioid Consortium – the first and only collaboration of its kind formed by the Center for Health Affairs, UH and four other Cleveland-based health systems to share and implement evidence-based practices, promote policy changes and increase prevention efforts to help reduce the number of opioid overdoses and deaths.

From 2017 to 2018, he served as Chief Medical Officer and attending physician at UH Ahuja Medical Center, a 144-bed medical facility in Beachwood, where he led the creation of a clinical governance structure and high-reliability initiatives. He and his team also improved emergency department patient experience, quality and throughput after redesigning operational and clinical processes.

He was recruited to UH in 2017 from The OhioHealth Physician Enterprise, a 900-member multidisciplinary provider group in Columbus, for which he served as Vice President of Medical Affairs and Faculty Preceptor. From 2010 to 2012, he was Chief Medical Officer and attending physician at an American hospital in Beijing, China.

Dr. Jernejcic earned his Doctor of Medicine at The Ohio State University and completed his family practice residency at Grant Medical Center in Columbus. He earned a Master of Medical Management degree at Carnegie Mellon University in Pittsburgh.
Speaking At
Will the Virtual Care Wave Stick? 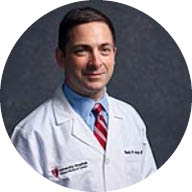