With over thirty years of experience, Nick joins Landmark from McKesson where he most recently served as President of McKesson’s U.S. Pharma and Specialty Health businesses. In this role, he was responsible for overseeing business development, sales, distribution, and operations across all markets.

Prior to that, Nick was President of McKesson Canada from 2011 to 2014 and Vice President and General Manager of McKesson from 2003 to 2011. Before joining McKesson Canada, Nick was Managing Partner with Ascend LLC, a business development and management consultancy which he founded. He has also worked in progressively responsible management and executive roles in a variety of sectors, notably in telecommunications and manufacturing.

Outside of work, Nick enjoys spending time with his wife, two adult children, cooking, cycling and skiing. He has been a member of various healthcare boards and foundations and participates in community health events. Nick received his Bachelor of Science in Mechanical Engineering from McGill University in Montreal, Quebec.
Speaking At
The Next 24 Months in U.S. Healthcare Delivery 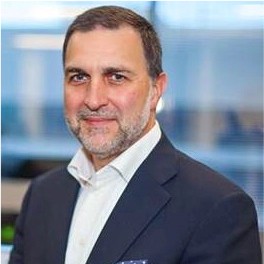