Full Name
Debbie Gustafson
Job Title
CEO
Company
Energetiq Technology
Speaker Bio
Debbie Gustafson is the Chief Executive Officer of Energetiq Technology, Inc. offering breakthrough products using patented, ultra-bright Laser-Driven Light Source (LDLS™) and Electrodeless Z-Pinch™ EUV technologies. These sources are used in a variety of markets, primarily in high-end semiconductor manufacturing, sensor testing for mobile devices, academic research and in a variety of drug discovery and medical applications.
She joined the company in 2005, when the start-up developed their first product. Having worked with the team previously at in a small public firm, ASTeX and then at MKS after its acquisition, she had progressed from sales, marketing roles in several semiconductor equipment firms into Executive management becoming COO in 2013 and then as CEO engineered the acquisition into Hamamatsu in 2017.
Comment on the Hamamatsu integration: “I realized that the only way we would be successful in this huge endeavor was if I had the right understanding of both our needs as an organization, and the needs of our future partners”
She has an MBA from Bentley and a BS in Mechanical Engineering from U-Mass, Dartmouth where she was one of the first women in engineering there. Since 2017 she has been on the SEMI North America Advisory Board, and in 2021 she was appointed to the SEMI Foundation Board of Trustees.
Speaking At
Successful Transformations: Emerging from Bootstrapping to Leadership Roles in the Photonics Sector 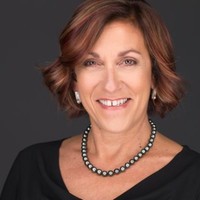