Full Name
William Feaster MD, MBA
Job Title
Vice President, Chief Health Information Officer
Company
CHOC Children’s Hospital
Speaker Bio
Dr. William Feaster came to CHOC in 2012 in the role of Chief Medical Information Officer. His initial focus was the implementation of CHOC’s EMR for newly acquired hospital-based services and expansion to additional ambulatory users. In 2014, he led the adoption and utilization of a population health platform that supports CHOC’s practices as well as CHOC Health Alliance, CHOC’s Independent practice association and its large fully capitated population. Dr. Feaster has also overseen the development of the analytics program within CHOC’s IT department, as well as a data science program focusing on the application of artificial intelligence to health care. Dr. Feaster’s work with CHOC goes beyond what is typically expected from a traditional CMIO, and to reflect his broader responsibilities within CHOC, his title was changed to Chief Health Information Officer and he was promoted to the V.P. Level. He now functions in a dual relationship with CHOC’s CIO to manage IT services within the organization.

Dr. Feaster began his education in computer science and biology at UC San Diego and subsequently received his MD degree from the University of Rochester. He completed residencies in Pediatrics and Anesthesia at UC San Diego and a fellowship in Pediatric Anesthesia and Critical Care at Children’s Hospital of Philadelphia. At each organization where he practiced as a pediatric intensive care specialist and pediatric anesthesiologist, Dr. Feaster was involved with some aspect of IT. To anchor his administrative work, Dr. Feaster completed his MBA in 1993, and has held several administrative positions in healthcare organizations, including Senior Vice President Chief Medical Officer and Chief Information Officer roles in a multi-hospital health system. Additionally, in August 2022, he will complete a master’s degree in Jurisprudence at Loyola University School of Law in Chicago. He is Board Certified in Pediatrics, Anesthesia and Clinical Informatics. 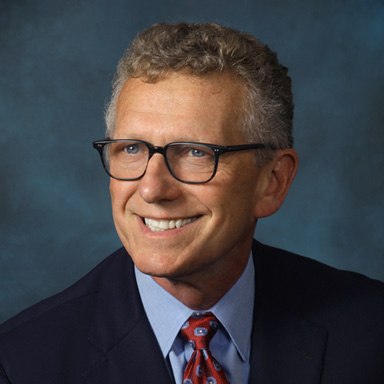