Full Name
Maria Hernandez PhD
Job Title
President and COO
Company
Impact4Health, LLC
Speaker Bio
Dr. Maria Hernandez is a thought leader in health equity and pay for success initiatives designed to address the upstream social determinants of health among vulnerable populations. As President of Impact4Health, a wholly owned subsidiary of InclusionINC, Maria led the Alameda County Pay for Success Asthma Initiative to test the feasibility of reducing pediatric asthma related emergencies using health education and proven home based environmental interventions. Maria’s ground breaking efforts in Pay For Success Initiatives led her to attend the White House’ Office of Social Innovation and Civic Engagement convening on expanding the use of Pay for Success Initiatives.
This work represents just one of several strategies Impact4Health designs and implements to address systemic health inequities. Prior to her appointment at Impact4Health, Dr. Hernandez consulted to Fortune 100 corporations, major foundations, public agencies and elected officials. She has lead diversity and inclusion initiatives and executive education programs aimed at creating a culture of inclusion. Most recently, she has designed the InclusionSCORECARD™ for Population Health to assist hospital systems and public health agencies interested in addressing the needs of increasingly diverse patient populations.
Maria holds a doctorate in community psychology from the University of Texas at Austin and is an American Psychological Association Minority Fellow and Danforth Fellow. Maria served for two terms as a Board of Trustee for the Alameda Health System, one of the nations largest public safety net hospitals and a Board of Director for AAA Mountain West Group, representing members in Arizona, Alaska, Nevada, Utah, Wyoming, Montana and Northern California. In March of 2019, Maria was inducted into the Alameda County Women’s Hall of Fame for her work in healthcare.
A first-generation Latina, born and raised in Southern California, Maria is fluent in Spanish. Her commitment to empowering the next generation of Latina executives inspired her to co-found LatinaVIDA, a nonprofit providing educational forums for career minded Latinas throughout the nation. She and her husband are sailors and enjoy testing their navigation skills in the Caribbean. 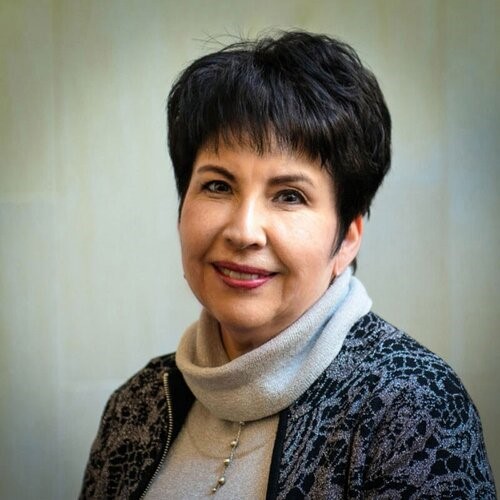